From Son TO SOLDIER 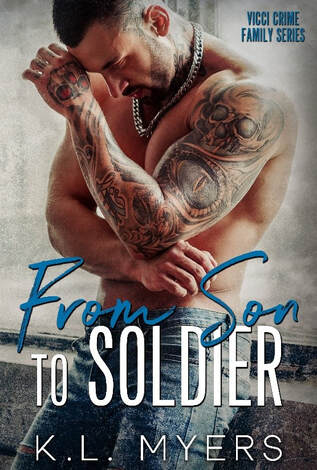 Being part of the Vicci Crime Family isn’t my birthright, but it runs through my blood just as deep as if it were. My destiny was set the minute Angelo Rizzuto married my mother, despite my parents trying to shelter me from it all.

La Cosa Nostra. Before God or family. The vow my father took was the same vow that destroyed everything I knew. And it was now the pledge I honored alongside him.

“With My Life” - words spoken from the deepest depths of my soul, a promise I made to Giovanna Panzica the moment our paths crossed. But I quickly learned that the repercussions that follow one wrong decision can last a lifetime.
​
My story became a tale of how a vendetta can shape a good boy into an evil man. I don’t know if there’s hope for my soul or if I’m destined to live a life of crime, but I do hope I can keep my promise to Giovanna no matter how my final chapter ends.

From Past TO Present 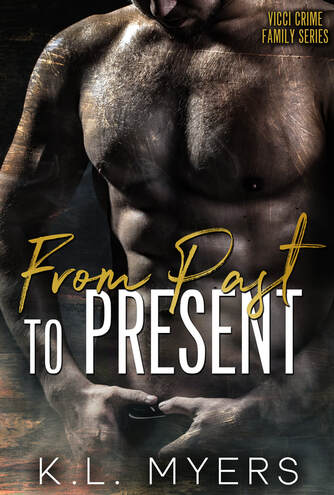 A page-turning and suspenseful mafia romance that has the past colliding with the present...

My hands have been covered in blood since I was old enough to drive. I’ve been a soldier for the Vicci Crime Family alongside my best friend, Angelo Rizzuto. Nothing has ever distracted me from my duties as a soldier and underboss.

Angelo’s first order of business as head of the family is to end the lives of the firstborn children to capos in the Mancini Crime Family. A task I accept without hesitation. After all, taking a life isn’t anything new to me. One, two—quick, easy kills. But number three stops me dead in my tracks and has me questioning if I can go through with it.

For the first time ever, it looks as if I will fail the family…

This kill should be just as easy as the others, but nothing is ever simple when it comes to Victoria Devecchio, the one girl I’ve given my heart to as a kid. Even though I moved on and married another woman, who blessed me with a daughter, nothing in the world could’ve prepared me for this.

One thing is certain…

When your past crashes headfirst into your present, nothing is off the table.
​​